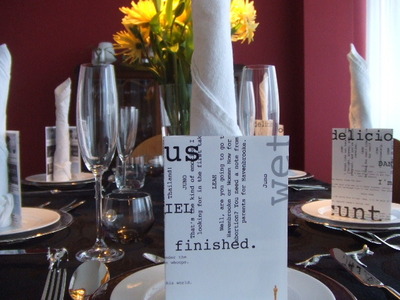 We’re up and moving after another successful Oscar Dinner. This is the fourth year G, Blee and I have hosted this dinner where we devise a dinner course to match the top five Oscar-nominated films for movie of the year. Last night’s guests were Ironwoman Judy, Lady Sarah, Scots on the Rock Annie, and special honoured guest, baby K.

The Oscar Cocktail: Manhattan
In keeping with our tradition to pay homage to a recently departure silver screen star, we prepared Manhattans this year to pay tribute to the late Heath Ledger who died in Manhattan on January 22nd.

The topic of Juno, babies and birth, drove the idea of this course which married the beauty of a white truffle oil custard with an unctuous ragout. Serving the custard in an egg shell added a perfect comic nod to Ellen Page’s own ‘egg’ dilemmas in the film. And what better drink to serve with this but a bottle of champagne from the house and man that birthed the world champagne in the first place, Dom Perignon. This course was utter perfection. The silky smoothness of the custard, the earthiness of the ragout and the bubbles of one of the world’s most classic and finest champagnes. OMG! 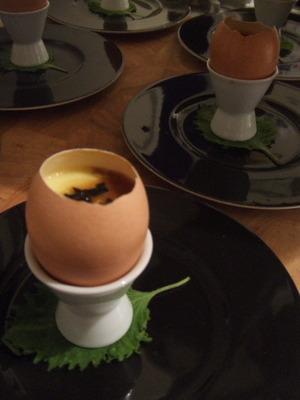 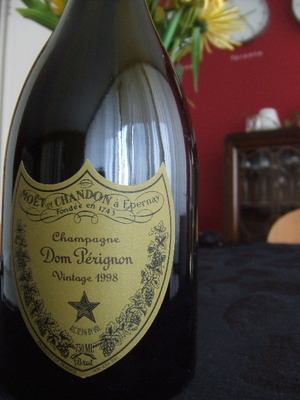 2) the custards line up to head out with shiso leaf decoration; 3) the Dom

The food company at the centre of the film Michael Clayton, U/North, made us think we wanted a salad for this course. The firm from the movie, Kenner, Bach & Ledeen, and the movie’s location, New York City, inspired which salad we ended up choosing. Everyone knows New York, the Big Apple, created the Waldorf Salad at the Waldorf-Astoria Hotel around 1893. We did a bit of a twist on the original version of the salad by using not only julienned green and fiji apples and julienned celeriac but also Kiwi and Bib Lettuce, thus giving us the “KBL Waldorf”. The salad was dressed with a creme fraiche, walnut oil dressing and finished with celery leaves and diced black truffle. We served this with a very citrusy Canadian sauvignon blanc.  It was very good. 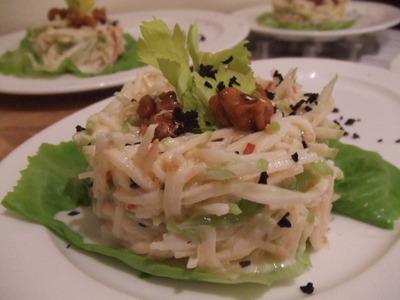 4) a modern take on a waldorf salad

For Atonement, we knew we wanted something elegant, something very British and something cleansing to mimic ‘atonement’. That lead us to a clarified consomme of pheasant stock and eventually the soup idea. A Literary Soup was born from all the typing in the movie and we made a pheasant consomme that carried three small, handmade raviolis. The raviolis contained roasted pheasant that we sort of pureed along with double-smoked bacon and braeburn apple. The result was sheer joy. To toss a little whimsy into the course, we prepared alphabet soup noodles which spelled out each guest’s name and added these to the consomme just before serving along with one very naughty four letter word that starts with ‘c’ (which, if you’ve seen the movie, know full well what it is). The pinot Lady Sarah brought to accompany this course was gorgeous, gorgeous, gorgeous. This course was a winner! 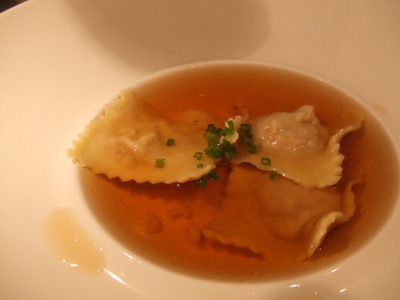 With thanks to the KitchenAid, we prepared a tasty sorbet of McIntosh apple juice that we steeped in earl grey and vanilla tea before churning into sorbet. Fabulous! 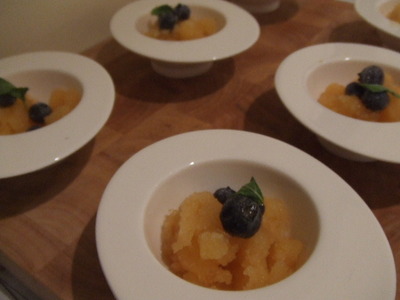 How often do you have a Mexican wine?! … for me, never. And what a great wine to match for this course based on Anton Chigurh’s romp through Texas and Mexico in the movie. We knew we wanted to serve meat as an homage to the piles of bodies Chiguah leaves in his tracks in the movie.  We knew we wanted some heat and something southwestern for this and with thanks to Bobby Flay came across this unique pairing of a sweet potato risotto with a braised lamb shank that is then dressed in a firey serrano-vinegar sauce. To compliment this course, we prepared wee blue and yellow corn muffins served with an omg to-die-for jalapeno-cranberry jelly. Surprisingly the wine was not as bad as we had predicated and this course, with the lamb braised for three hours in wine and simply falling off the bone was – for me – the highlight of the night. 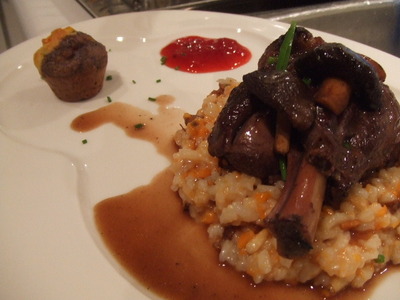 What better way to celebrate this movie all about ‘black gold’ then with some molten chocolate cake and a strawberry coulis that mimicked the blood from the movie. Paired with a French sauternes appropriately called Ste Helene to mimic the volcano of the same name (another eruption motif), chefs Brent, G and Blee were too tipsy at this point (see photo number 10) and over-baked the cakes so, sadly, there was no molteness. Still, since we really spiced the cakes up with cardamon, cinnamon and cloves, all was not lost. 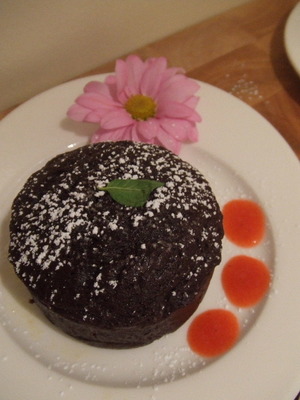 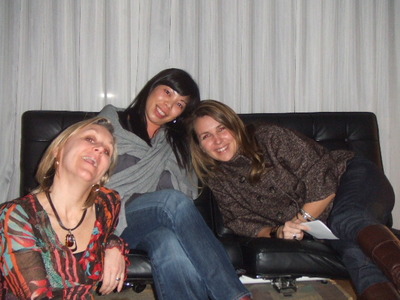 9) Ironwoman Judy, Blee and Lady Sarah get giddy on Dom 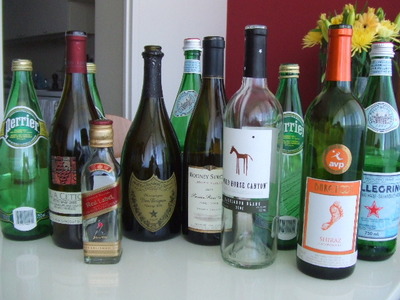 10) it’s all over save the recycling for another year 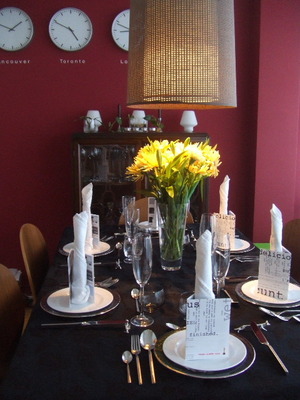 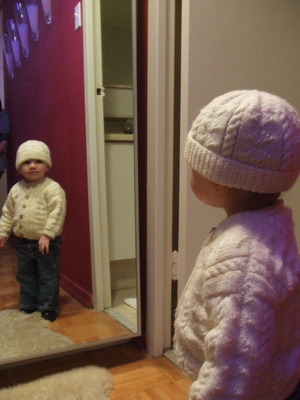 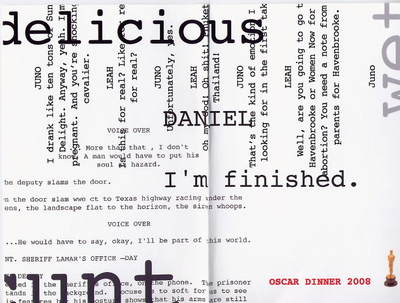 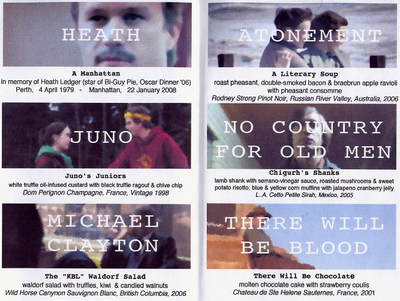