Yesterday we headed to Blee’s place for a musical movie marathon/BBQ to celebrate her birthday. On tap was a sort of six degrees of separation theme, where Dick Van Dyke acted as the connection. The films were:

Dick Van Dyck starred in Chitty Chitty of course and we watched that first. Since he and Julie Andrews starred in Mary Poppins, it was screened second to act at the bridge to Julie Andrew’s starring in Sound of Music. And you know, had the Strongbow, Peary’s, Pol Roger and Pinot Noir not kicked in at 10:30pm, I’m quite sure we would have finished Sound of Music.

The party was complete with the private theatre room, which just makes such a difference when watching films. So onto the films …

Chitty Chitty Bang Bang
Released in 1968, Chitty Chitty Bang Bang remains to this day a children’s ‘cult classic’. The film stars Dick Van Dyck as Professor Potts and Sally Ann Howes as Truly Scrumptious and is based on the book written by – of all people – Ian Fleming (of James Bond fame). The incredible Roald Dahl prepared the screenplay and brothers Richard and Robert Sherman did the music. The story is a fable of sorts guided through a story Professor Potts tells to the children whilst picnicking on the beach. Like the Wizard of Oz, where reality stops and starts is left up to the viewer, despite the wavy screen action that occurs when Baron Bomburst’s ship appears in the harbour. While the film was wildly over-budget, it received good reviews from all corners (Hollywood excepted, but Hollywood rarely knows a good movie when it see it!). And while Chitty Chitty is not a great movie by any standards, the acting is solid, the music delightful and catchy (if difficult to actually sing – try singing “Me Ol’ Bamboo” one day), and the pure joy it brings in watching it again, proves its staying power as a classic. My rating 7 out of 10.

As an aside here, I must admit, I loved Chitty Chitty Bang Bang as a child. While I don’t recall the first time I actually saw the film (I can do that with musical Oliver!, for example), I instantly fall into singing-out-loud whenever the film starts. I was even a lad who owned a mini-version of the Chitty Chitty Bang Bang car. In fact, the car is still around to this day, owned privately by Englishman Pierre Picton. You can get latest news on the car, and even opt to hire it for your event, here.

Mary Poppins
Any movie that can take a word like ‘Supercalifragilisticexpialidocious’ and turn it into a song is a fine movie indeed (with thanks to the music writing duo Richard and Robert Sherman).  Directed by Robert Stevenson, who must surely have been one of Disney’s longest serving directors, this fantasy story stars Dick Van Dyck as Bert (the film’s storyteller of sorts), Julie Andrews as the most practically perfect Nanny ever, and David Tomlinson as Mr. Banks, the father of Jane and Michael Banks. While a children’s movie at heart, the movie’s central message is really targeted to adults. In this case, George Bank’s slow realisation that his children, not his job, are the most important thing in his life. Tomlinson is perfect in this film, and the spot-on acting of Van Dyck and Andrews (as a sterner version of Maria from Sound of Music), not to mention the special effects team who married live action with animation some fortyfive plus years ago, make the film beautiful and rich to watch. My rating 7 out of 10. 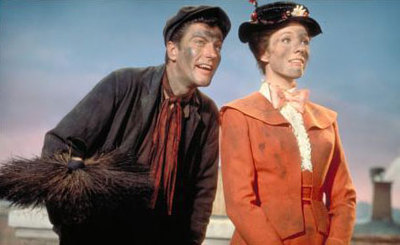 Interestingly, while I know many of the songs from Mary Poppins, yesterday was the first time I’ve ever actually seen the movie from start to finish. Yes, I was a Mary Poppins virgin. It was also quite fascinating to watch these two films back to back. Doing so, you quickly realise the formula writing of Sherman and Sherman: the ‘Chim Chim Cher-re’ song in Mary Poppins becomes ‘Me Ol’ Bamboo’ in Chitty Chitty Bang Bang; the ‘Stay Awake’ lullaby Mary sings the kids in Poppins morphs into Truly Scrumptious’ ‘Hushabye Mountain’ lullaby in Chitty Chitty Bang Bang. Also, since Dee Dee Wood did both movies, the chorography in both films is very similar. 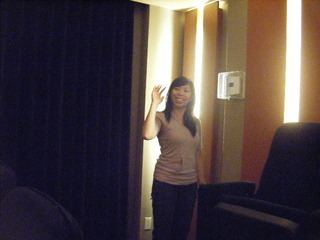 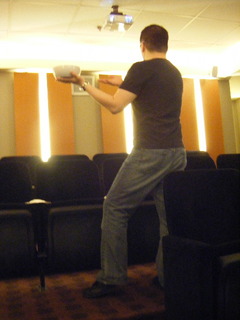 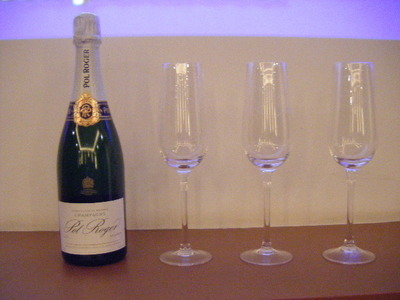 
We bought the Hartley back in 2006 while on the Madonna Tour to Las Vegas and California. We spent time in California’s central coast wine country and picked up this amazing wine while eating at the restaurant made famous in the movie Sideways, “The Hitching Post“, in Buelton. It was fabulous back in 2004 and has only improved with age! 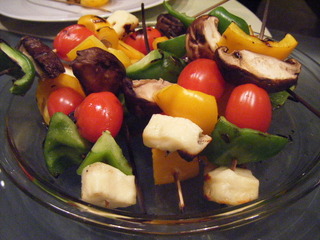 8) veggie skewers on the bbq, including barbecued cheese called “Dore-mi” from Quebec; 9) the fillets

It has been a bit of a run on films of late and I’ve also managed to watch:

Ironman The latest Marvel Comics superhero to make his screen debut is “Ironman”. Robert Downy Jr. makes a triumphant return to his (almost) derailed career starring as Tony Stark, the arms manufacturer who has a revelation (courtesy of some nasty Afghan warlords), and resolves to undo the harm his weapons have wreaked. It’s a classic premise and in the hands of director Jon Favreau, it is brilliantly done. A bald Jeff Bridges is great as the bad guy and (sigh) Gwyneth Paltrow is as lovely as ever playing Stark’s version of Batman’s butler, Pepper Potts. The film is great thanks to a perfectly conceived script and writing that builds the story patiently. It is full of superhero action, a well tensioned romantic angle between Downy and Paltrow, and Downy’s portrayal of Starck’s transformation is just plain (and subtlety) gorgeous to watch. This film is winner on every level and will certainly birth many Ironman sequels. My rating 9 out 10. 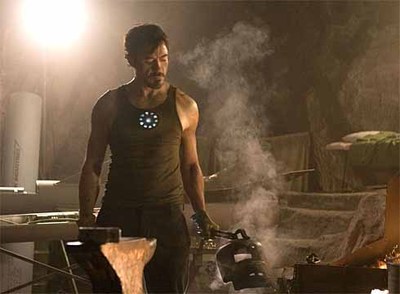 Forgetting Sarah Marshall
Nicholas Stoller takes a seat behind the camera as director of this romantic comedy starring Jason Segel (as Peter), Kristen Bell (as the film’s namesake) and an oh-my-gawd beautiful Mila Kunis (as Rachel). When Peter is dumped by television star Sarah, he opts to take a trip to Hawaii to mend his soul. Sadly, when he arrives at Turtle Resort his ex, Sarah, is vacationing there with her new boyfriend, a rockstar with zen, Aldous Snow (played by Russell Brand). What ensues is the common fare of such films – awkward run-ins at dinner, a rebound love affair, competitive noisy sex to outdo each other, to name but a few of the devices. While this could be very tiresome (as movies of this ilk usually are), what makes this one work is the ensemble cast of oddities and oddballs that staff the Hawaiian hotel. Forgetting Sarah Marshall will ultimately be a forgettable movie, but there are enough laugh-out-loud moments and gorgeous vistas of Hawaii to make it worth taking a mini-vacation. My rating 7 out of 10. 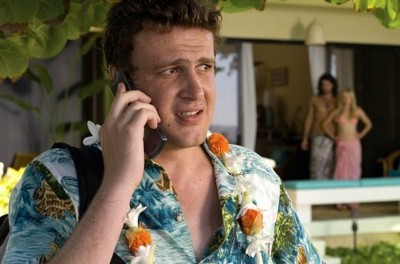 The Indian Runner was Sean Penn’s first foray into writing and directing and was released way back in 1991. The movie did very poorly at the box office, not surprising as the story of two brothers very different approaches to life is sad and unrelenting. The two brothers – Frank (played by Viggo Mortensen) and Joe (played by David Morse) – simply cannot find common ground to stand on as their history and perspectives on what life is all about clash. The Indian Runner is a complex character driven movie with nary a happy moment. Joe is the town’s sheriff and is happily married; Frank is a drifter and clearly still haunted by his time in Vietnam. Joe is at a loss to understand why Frank can’t just settle down with his girlfriend (played by Patricia Arquette) and Frank bristles at his brother’s constant attempts to rein him into a way of life he just can’t accept. Mortensen is outstanding in this film (and I’m not just speaking to the fact we see him in fully frontal nudity. His performance alone makes this difficult film worth a rent. My rating 7 out of 10. 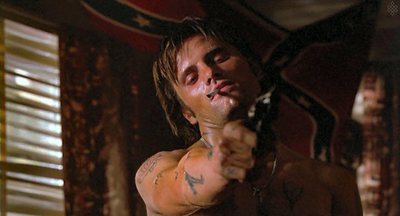