For those of you who celebrate the ridiculous circus that is Pride, Merry Pride to you! My own thoughts on this embarrassing week are here.

… ok, with that out of the way … on to more exciting things like movies and food ….

Stardust
Matthew Vaughn directs this scattered adult fairy tale with too many characters and a complex about whether it is a comedy or adventure or romance, based on the 1997 comic books by Neil Gaiman (and illustrated by Charles Vess). Essentially, the film is Hollywood’s shorter, poorer version of the BBC’s magnificent series, Gormenghast, based on the trilogy of books written by Mervyn Peake way back in 1946. Stardust is the tale of Tristan (Charlie Cox), an 18-year old born of a witch and a human father, who sets out on a quest to find a star in human form named Yvaine (a miscast Claire Danes), claim his love, and live happily ever after. Along the way – as is typical with such adventures – Tristan runs into a nasty MacBeth-worthy witch (a perfectly cast Michelle Pfeiffer); a cross-dressing dirigible sailer (played by Robert DeNiro); the son of a king who’s set his sons on each other and challenged them to find a red ruby (conveniently tied around Yvaine’s neck) to claim the throne; and a sextet of the king’s sons, now ghosts, which act as a comedic Greek chorus. Got all that?! … Yes, it does make for too much, and, special effects and Pfeiffer’s great performance aside, it is a bit of a falling star. It’s main downfall is too many characters and its freudian complex of what it actually wants to be as a film. My rating 6 out of 10. 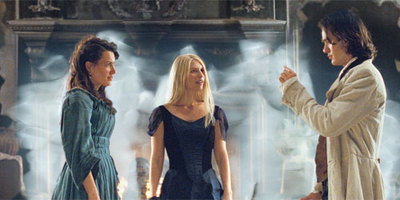 L.I.E.
L.I.E. was the movie that put actor Paul Dano on the stardom road. After L.I.E. came Fast Food Nation, Little Miss Sunshine, and There Will Be Blood … which is a pretty impressive list. And back in 2002 you can see his stardom. L.I.E. (short for Long Island Expressway) is a very difficult film to watch. Difficult because it touches on subjects that are inherently taboo – bullying, homosexuality and child abuse. Despite this, or perhaps because of it, there is a touching human story amid the horror. Howie (Dano) is a 15-year-old who’s recently lost his mother (in an auto accident) and is all but ignored by a father too caught up in his own work woes. Howie begins to travel with a wrong set of kids who spend their days breaking and entering homes along the L.I.E.. Clearly different then his friends, Howie is trying to come to terms with the death of his mother, his privileged yet emotionally vacant homelife, and his own sexuality. Secretly infatuated with the leader of their small gang, Gary (played by Billy Kay), Howie ends up meeting Big John (played ever so brilliantly and ever so creepily by Brian Cox). Big John is a vietnam vet, a pillar of the community and a gay pedophile. The result of their meeting is both surprising and sad. First time Director Michael Cuesta gives us the characters stripped down without caricatures of victim and abuser and leaves the difficult themes in the movie – of isolation, desperation and resignation — for us to ponder. Well done. My rating 8 out of 10. 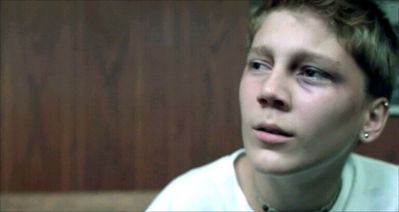 Love and War
An utterly amazing piece of stop-motion puppetry and digital animation, Love and War is short 14-minute opera starring a bunny and bear. Directed by Fredrik Emilson, with the libretto he wrote and score he orchestrated (performed by the Swedish Radio Symphony Orchestra), Love and War shows us Bunny (a wartime nurse) and Bear (her fighter pilot lover) as they meet and fall in love. Called to duty against crocodilian foes, Bear is shot down while on mission, and, with a picture of Bunny in hand, meets his tragic fate. It is classic opera, and, as an opera fanatic myself, magically done. Unlike anything you’ve seen and well worth spending 14-minutes to get lost its gorgeous music and epic tragedy. Sung in Italian with English subtitles, my rating 10 out of 10.

The Danish Poet
A short film by the National Film Board of Canada, The Danish Poet won the 2007 Oscar for best Short Animation. Directed by Torvill Kove, the Danish poet in this film, Kasper Jørgensen, heads out on a quest to find inspiration and a legendary Norwegian author, Sigrid Undset. Along the way, fate intervenes and this is the crucible of what the film is about … how fate works in our lives. With easy, fun animation and an oddity unbound, you can see how The Danish Poet wowed judges with its simple tale loaded with deep existential meaning. My rating 8 out of 10.

Are You The Favorite Person of Anybody?
This very short 3-minute black and white dialogue has John C. Reilly standing on a street corner asking passerbys, “Are you the favorite person of anybody?” Now, while I grant you the question, penned by Miranda July, is intriguing, and while I’m a big fan of artsy-fartsy ideas like this, I did not enjoy this short film. The question is better posed internally or at least differently then directed on screen by Miguel Arteta. I’m sad to say with this review, I will not be the favorite person of either director Arteta or star Reilly. For giving us an interesting question to ponder, my rating 3 out of 10.

Lime
Last night we dined at Lime again for some wonderful fusion asian. We shared their vegetarian appetizer platter (with veggie spring rolls, satay tofu, veggie soft rolls and mango salad) and then their ‘bird’s nest’ done two ways (one stir fried in peanut hoisin sauce; the other deep fried and served with satay peanut sauce; both served in potato phoenix nests). Both were outstanding! 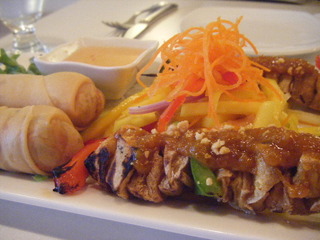 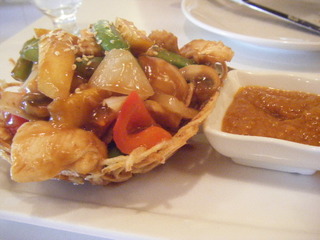 And tonight, we opted for a very quick surf & turf of steamed lobster tail and some leftover pork tenderloin, served with far too much Wolf Blass Chardonnay. Much disco dancing ensued! … 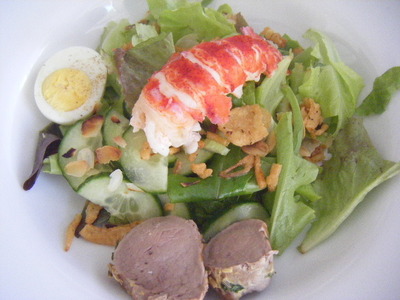