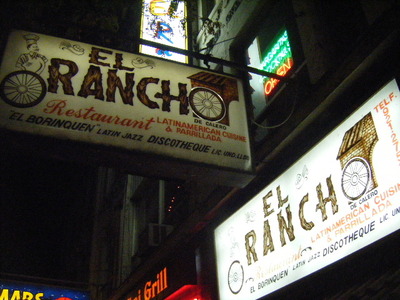 Last Friday, we were downtown and ended up stumbling across a South American nightclub/restaurant called, El Rancho. We headed upstairs and enjoyed a jug of sangria, and, after seeing the platters of seafood heading to the tables, booked a reservation for last night. We thought we’d dine then head out to explore Nuit Blanche.

We met up with Blee and Mimi and had a wonderful – if filling – meal that included two fabulous platters: the Bandeja de Mariscos (shrimps, calms, fish, mussels, squid) and the Parrillada Especial (a mixed grill of steak, blood sausage, hot sausage, chicken). Delicious! 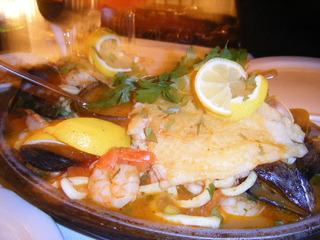 It was then onwards to see the sites – odd and otherwise – of Nuit Blanche. I think most Torontonians were out on the streets last night, which is great for the city and for art in general. We saw some pretty amazing things – the Stereoscope 2008 installation at New City Hall by the German group Blinkenlights being the best, by far. We also saw (far too) many performance art pieces. Performance art has its place in the genre of art, yes; but there is nothing worse than performance art … especially when it is bad. There was bad performance art out on the streets last night in spade, including a gaggle of lesbian performance artists at Church/Alexander who were a little too interested in a City of Toronto garbage can. As someone in the audience remarked, “I hope the City is going to be cleaning that garbage can tomorrow”.

4) the Architecture Building at UofT; 5) inside the building balloon madness 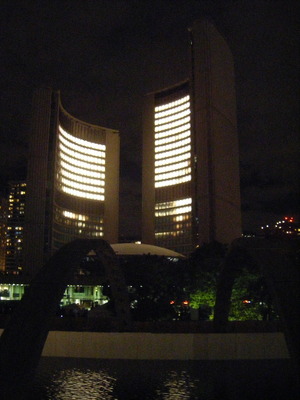 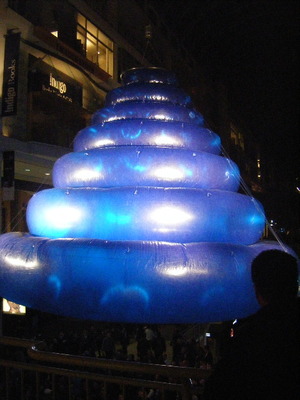 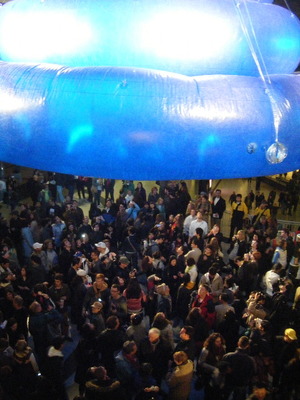 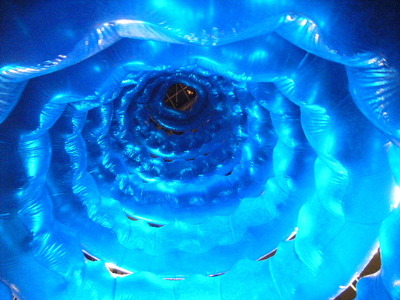 16 & 17) after 9 years, we get to go back inside Maple Leaf Gardens for this installation called, “Without Persons” 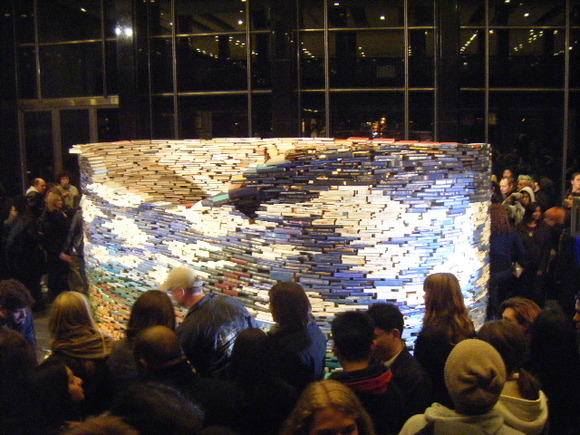 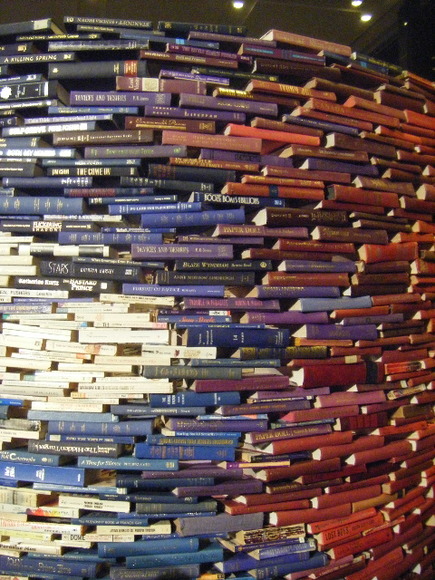