… and now for (another intermission) …

.. and whilst I now off to London for a conference and visit and thence on to Tucson, Arizona next week, this movie intermission to entertain you ….
Se,
jie (aka Lust, Caution)
Ang
Lee comes back strong after the silly debacle that was his wander in
the wilderness,
Boredback
Mountain. Tang Wei stars as Wong Chia Chi, a young Chinese
nationalist charged with getting her group of student assassins close
to a Japanese collaborator, Mr. Yee (the always good Tony Leung) in
1940s Shanghai. Lust, Caution is beautifully rendered and Lee has
done a great job recreating the feel of Shanghai during WWII (if a
little too clean). What carries the story is the acting and both Wei
and Leung (and Joan Chen as Yee Tai Tai) are outstanding. The film
is, of course, known for its explicit love scenes and they are indeed
hot. Lee is a master at detail and he doesn’t disappoint here,
though he does need to be more ruthless with his editing. The ending
is perfectly anti-Hollywood and demonstrates the power of Wong Chia
Chi’s lust and Yee’s caution. He, more than her, remains the true
victim of his situation and that tragedy redeems the entire film. My
rating 9 out of 10. 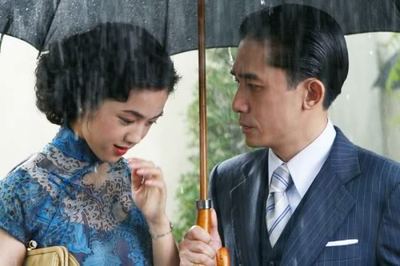 Valkyrie
Loaded
with star-power, Valkyrie, directed by Bryan Singer recounts the true
story of the nearly successful assassination attempt on Adolf Hitler
in July 1944. Germany. By this time, many within the German military
knew Hitler had to go. The best evolved of these plans was one
hatched by senior officers Colonel Claus Von Stauffenberg (Tom
Cruise), Ludwig Beck (the perfect Terrance Stamp), General Olbricht
(Bill Nighy) and Major General von Treschow (a wasted Kenneth
Branagh) to blow up the Führer at his Wolf’s Den then mount a coup
using the reservists. Von Stauffenberg’s plan worked but thanks to
a conveniently placed table, Hitler survived the attack. Valkyrie
works very well (the always-wooden Tom Cruise aside) and his support
cast (especially Nighy, Stamp and Tom Wilkinson as General Fromm)
carry the film. Exciting and intriguing, Valkyrie shows those of us
with a rather skewed view of Germans during World War II that good
guys did exist and did try to change the course of history. My rating
7 out of 10.

Dung
che sai duk redux (aka Ashes of Time Redux)
It is cinematic legend this film. Directed by the incomparable Wong Kar
Wai the film, a homage to wuxia, follows the people that cross paths
with a desert swordman-for-hire, Ouyang Feng (the late Leslie
Cheung). Ashes of Time is a feast for the senses on many levels and
is best viewed by trying to ignore the inscrutable storyline and
simply immerse oneself in the gorgeous visuals and brilliant movement
(with thanks to cinematographer Christopher Doyle). Brigitte Lin
stars as Mu-rong yin/Mu-rong Yang, the woman central to the theme of
seasons within the story and both Tony Leungs star as assassins. Why
Wong Kar Wai had to remake the film is beyond me as in either format
– regular to reduxed – this is more art than film. For its
sumptuous visuals and beauty, my rating 8 out of 10. 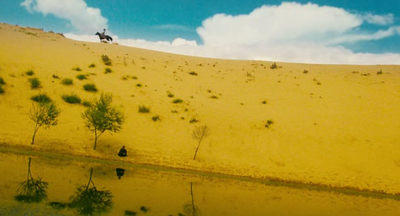 1 Response to … and now for (another intermission) …