Posted on November 7, 2009 by appsscraps

So, meanwhile … amid a trip to London for meetings three weeks ago, a week in Niagara Falls a fortnight ago for a very good conference on neuroplasticity and neurogenesis, Halloween at the King Edward Hotel, and this past week at Mosaic Lodge at Blue Mountain for 4-days of planning (rolls eyes)  … I did manage a few flicks.

The Happening
Suffer
poor M. Night Shyamalan, who despite trying has not yet been able to
give us anything like the great twisty stories in The Sixth Sense and
Unbreakable. But like the Energizer Bunny, this overrated director
continues to deliver films with the look and to a lesser extent
‘feel’ of these two gems but without their catch-you-off-guard
turns. In this one Mark Wahlberg stars as teacher Elliot Moore who
with his wife and ragtag collection of others flees over hill and
dale towards Harrisburg, staying just ahead of the wind in the
willows. And why are we worrying about the wind? Well, seems plants
and trees are eking out their revenge on Americans by infecting them
so they want to commit suicide just as quickly as possible (rolls
eyes). This – ok, let’s say it – dumb movie has nothing
happening. My rating, just to keep my orchid happy and from doing me
in, 3 out of 10. 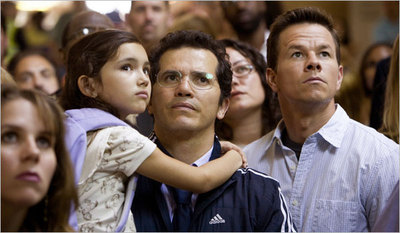 Normal
(Yawn)
This Canadian effort did nothing for me. Directed by Carl Bessai, it
takes a sort-of Babel approach giving us three grouped stories that
eventually reveal a traffic accident as their connection. Carrie-Anne
Moss stars as Catherine, the mother trying desperately to deal with
the death of her son in the traffic accident, while her youngest son
and husband roam about. Kevin Zeggers stars as Jordie, the paroled
lad who had a hand in the accident and Callum Keith Rennie as Walt
Braugher, a college teacher with an autistic brother and a love for
co-eds, and some connection to the accident. These folks are all
trying to be normal, or find normality post-crash. Shot in too many
tight frames and with no real connection to any of the characters,
the film flounders in its bleak, depressing, and woeful
self-indulgence. It’s abnormal and earns my rating of 2 out of 10.

The Grudge 3
Toby Wilkins directs this middling thriller originally conceived by Takashi Shimizu. As is wont with American adaptations of Japanese movies, the fact Americans cannot understand the subtlety of Japan nor its culture, turns these flicks into very basic horrors. They are all style no substance unlike the original which had both style and a depth of substance that was, in itself, hororific. In this latest version, set in a Chicago apartment complex, our creepy little lad returns as a precursor to the arrival of the evil spirit Kayako. Meanwhile Kayako’s sister Naoko (Emi Ikehata) heads to Chicago to put an end to the curse once and for all. There she meets Lisa (Johanna Brady), her brother Max (Gil McKinney) and their wee charge, the sickly Rose (Jadie Hobson). Let’s just it all ends, um, predictably with plenty of room – sadly – for Grudge 4. Well filmed in the spirit of the original but poorly acted (Ikehata, aside), Grudge 3 gets my rating of 5 out of 10.

This Is It
Director
Kenny Ortega took the hours and hours of film of Michael Jackson
preparing for his never-to-be London tour and distills it down to
give us a but a glimpse of what may have been Michael’s grand
return to King of Popdom. While hindered by its fawning start showing
Michael’s dancers ooohhing and aahhhing about Michael, the film
does justice to Jackson’s preparations and reveals him to be on top
of his game – both physically and vocally – at 50. It
demonstrated to this reviewer that despite the media’s panache to
portray Michael as a total wonk, when it came to his music, he was a
perfectionist and a master in conveying what he wanted us, his fans
and audience, to see. It is difficult to rate this film as surely as
it was difficult for Mr. Ortega to construct a sense of a concert
we’ll never see. Yet despite it all, Michael, his dancing, and his
music shine. This Is It is a perfect, if hurried, testament to the
world’s greatest pop star. Taken too soon. My rating 9 out of 10.

Gothika
A
gothic ghost story set in an insane asylum. The tables are turned
when the asylum’s chief psychiatrist, Dr. Miranda Grey (a
pre-Monster Halle Berry) sees a ghost on a rainy drive home one night
and finds herself a patient in her own asylum. Among the patients,
Grey struggles to recount her meeting with the ghost and what message
it was trying to convey. Along the way, a dreadful story of kidnapped
women brutalized forms with her husband (Charles Dutton) and the
local sheriff (John Carroll Lynch) implicated. With the help of
fellow patient Chloe, a perfect Penelope Cruz, and Dr. Pete Graham
(Robert Downey Jr) Miranda unlocks the true story and faces her own
brutal act. Directed by Mathieu Kassovitz, Gothika is a good movie
with enough thrills among its twists and turns to make it worth
watching. My rating 7 out of 10. 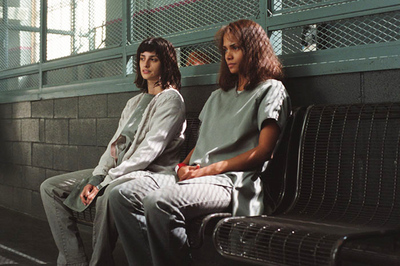 Halloween
Way
back in 1978 director John Carpenter reinvented the slasher movie
with ‘scream queen’ Jamie Lee Curtis starring as Laurie Strode.
Donald Pleasence co-stars as Dr. Sam Loomis, the psychiatrist on a
mission, searching in the town of Haddonfield, Illinois for his
patient, the newly released Michael Myers, who 15 years earlier –
as a 6 year old – murdered his sister. Halloween started the genre
of the boogeyman-that-never-dies film and is as suspenseful today as
ever. Carpenter’s iconic music only adds to the horror and despite
its dreadful acting and low budget feel, continues to freak the hell
out of any viewer. A perfect movie for Halloween. My rating 8 out of
10.

Les témoins (aka The Witnesses)
Directed
by André
Téchiné,
this wonderful film recounts a year in the life of a small group of
friends in 1984 France as the spectre of a new disease appears. When
a doctor, Adrien (the very fine Michel Blanc) meets Manu (Johan
Libereau), a gay lad from the country living in a brothel with his
opera singing sister, and is in turn introduced to Adrien’s good
friends – a married couple, Sarah (Emmanuelle Berat) and Medhi
(Sami Bouajila) – a gorgeous, perfectly played story of love and
loss and regret results. At the couple’s summer cottage, Medhi
saves Manu from drowning and from that single act a slow love affair
evolves that engulfs the foursome. Told in voiceover after the death
of Manu by Medhi’s wife, Sarah, Les temoins draws beautifully real
portraits of four carefree souls caught as witnesses at the
beginning of a tragedy that still haunts millions of people today.
Finer than Philadelphia by a long shot, this film adds a grace,
dignity and honesty to what we now know as the AIDS epidemic. My
rating 8 out of 10.

X-Files: I Want to Believe Chris
Carter, the longtime creative force behind the mega-hit television
series, directs this – essentially – 1:40 long television episode
that reunites Fox Mulder (David Duchovny) and Dana Scully (Gillian
Anderson). The plot is a odd construct involving the disappearance of
an FBI agent (hence the need to bring Mulder back into the fold, so
to speak), a priest with visions and a
pedophilic background (hence the
‘X’-factor and reason for holier-than-thou Scully to get all
worked up) and Russians gruesomely harvesting Marylanders for organs
(which just is like, huh?). Anyway, it all unfolds with
predictability and even as a diehard X-File fan, and with a nod to
the subtle tongue-in-cheek humour, it’s just way too schmaltzy and
not worth the effort. The fault, I think, of bringing a franchise
back far too long after its shelf life had expired. This film
certainly gets my X. My rating 3 out of 10. 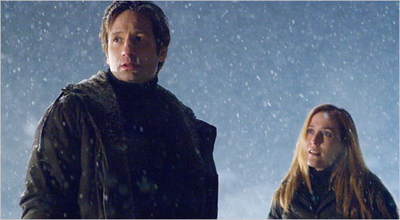 2 Responses to Amid the …