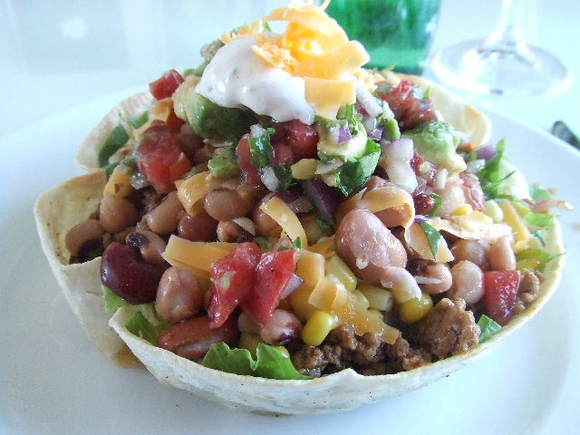 1) taco salad yumminess
A couple weeks ago, we got on a faux Mexican meal kick and made taco salads from scratch. Simple and very easy actually, we’ll be making this one again. 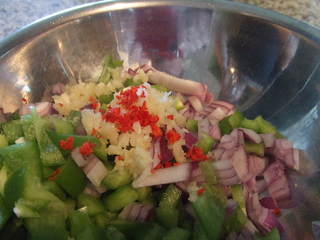 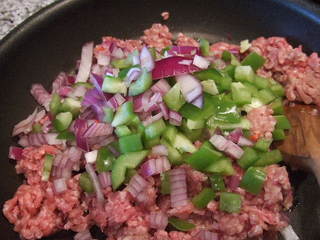 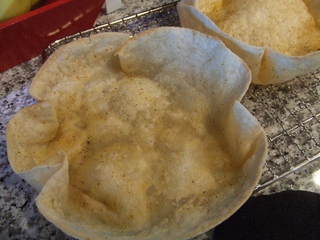 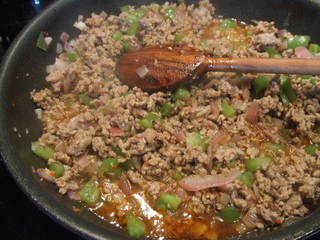 4) paint a tortilla with olive oil and some taco seasoning and bake in a bowl in the oven and you’ve your bowls; 5) the meat cooks 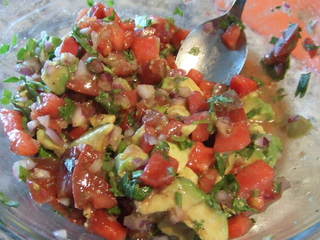 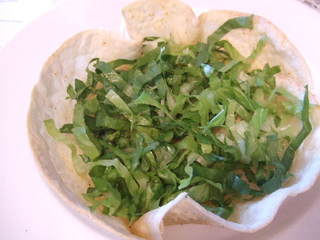 6) make up your own favourite homemade salsa; 7) then start layering with lettuce first 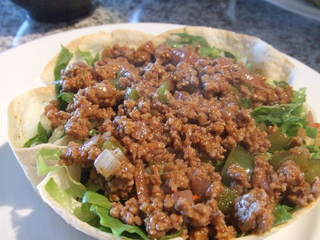 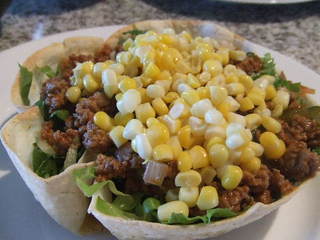 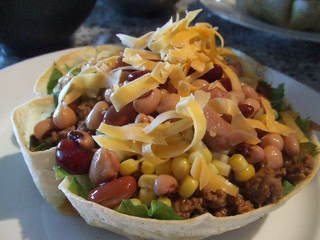 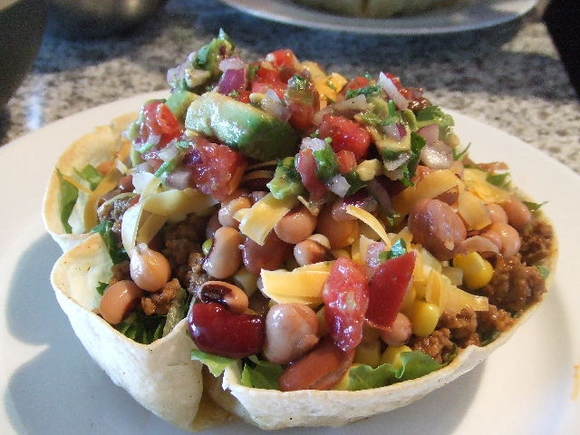 12) top with salad and some sour cream seasoned with taco power and you’re ready to eat!

Shutter Island
Martin Scorsese directs this wonderful psycho-thriller based on Dennis Lehane’s novel that stars a gaggle of superstar actors including Leonardo DiCaprio (US Marshall Teddy Daniels), Max von Sydow (Dr. Jeremiah Naehring), Ben Kingsley (Dr. John Cawley), Michelle Williams (Dolores Chanal), Jackie Earl Haley (George Noyce) and Mark Ruffalo (Chuck Aule). It’s 1954 Boston and off the coast lays fictional Shutter Island, home to the worse of the worst of the criminally insane. There an is-he-good-or-is-he-not Dr. Cawley works with the inmates trying to ground them in the reality of their crimes. We’re given to believe that Marshall Daniels is brought to the island to investigate the disappearance of an inmate. What evolves however is a descent into the madness murder can birth, told in flashbacks and hallucinations. While sold as a horror, this film is actually a brilliant psycho-thriller that is captivating from beginning to end. It’s worth getting stranded on this island; ideally watching this film in the dark and late at night. My rating 8 out of 10. 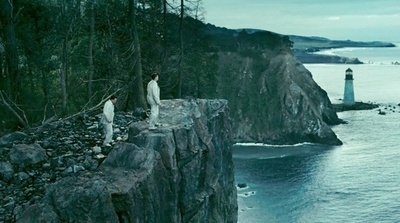 Love in the Time of Cholera
Mike Newell directs this adaptation of Gabriel García Márquez’s Nobel Prize wining novel of the same name that concerns itself – wholly – with one man’s 50-year fascination with one woman in turn of the century Columbia. When Florentino Ariza (Javier Bardem) meets the beautiful Fermina Daza (Giovanna Mezzogiorno), the daughter of a nasty mule trader, it is love at first sight. Thereupon ensues a lifetime of obsession that endures even after Ariza is spurned as Fermina marries the doctor Urbino (an excellent Benjamin Bratt). While the movie is dropjaw beautiful to watch, the richness of the novel is lost in its translation to film. Its other challenge is the unlikeableness of Bardem in his role which does put a damper on things when he finally does get to bed the aged yet still regal Fermina. No where near a thousandth as good as the novel, gives this sojourn in a time of cholera my rating of 5 out of 10.

PT 109
When President Kennedy was elected Hollywood was already working to mythologizing him, and PT109 was Warner Brother and director Leslie H. Martinson’s effort. Recounting in fanciful detail Kennedy’s captaining of the PT109 torpedo boat which ends up sunk by a Japanese destroyer, it has Cliff Robertson playing an ever-good Kennedy as he shepherds his survivors to a wee island in the Pacific. The crew survives the coral reef, finds food and shelter and is eventually rescued – with much thanks to an Aussie – so that Kennedy can head into Presidential fame. The film is overly long – even by 1963 standards – and could do with a ruthless editing. The acting is solid, if wooden, as Robertson, Robert Culp, Norman Fell and a very young Robert Blake all do their utmost to contribute to the awe that was (and continues to be) America’s fascination with the first family of rum-runners cum political dynasty. Released in June 1963, its poignancy was that much more pronounced when Kennedy was assassinated in November. My rating 5 out of 10.

The Transporter 3
The Transporter genre continues its proven formula with this better than-Transporter 2 outing that has our hero Frank Martin (Jason Statham) driving a frisky lass named Valentina (a dreadful Natalya Rudakova who is in dire need of acting basics) from Marseilles to Odessa. Valentina is the kidnapped daughter of a Ukranian Minister being blackmailed into signing off on a nasty shipment of toxic waste. The angle being used to get our hearts racing in this version is the fact both Frank and Valentina have funky bracelets cum bombs strapped to their wrists that will go off if they wander more than 30m from Frank’s uber cool Audi. Directed in full action mode by Olivier Megaton, Transporter 3 has an excellent bad guy in Johnson (Robert Knepper) and the refreshingly comic Inspector Tarconi (the always excellent François Berléand) to break the ice now and again. While no new ground is broke here, and the spur of the moment love affair between our driver and his package spoils a good chuck of the movie, Transporter 3 still has enough gas to keep you interested. Go Frank go! My rating 7 out of 10.

One Week
A film only a Canadian could love. It is built in a two solitudes vein with a man facing nature on a motorbike while battling the great big theme of mortality. One Week is a cross-Canada road trip starring Joshua Jackson (as Ben Taylor). Ben is advised he has terminal cancer and has but a couple years to live. To sort through the complex emotions birthed by such a diagnosis, he heads west – abandoning his fiancé and parents – in search of Mr. Grimm, a phantasmagorical something-or-other his father told stories of when he was a wee lad. On route, Ben faces the vastness that is Canada and reinforces the country’s largeness by visiting Canadian homages to size: the Big Nickel in Sudbury; the Giant Goose in Wawa; the Sleeping Giant in Thunder Bay; the largest teepee in Medicine Hat. Typically Canadian in every quirky way, this film directed by Michael McGowan is worth the trip and proves that it’s the journey not the destination that matters. My rating 7 out of 10.